They say variety is the spice of life and the 2021 Retro Rides show proved to be the vindaloo of car meets.

Steve text me a few days before the event, informing me he’d bought a pair of tickets. Knowing Steve, I knew we would be travelling down in something interesting. After all, Steve is the man who arrived to his first day at university, of which we would study and live together for 3 years, in a white dog-leg manual 1986 BMW 635CSI. I knew immediately we would be good friends.

Arriving at our dedicated Cirencester breakfast spot in a 1984 two-tone BMW 7 Series, subtly lowered on Bilstein suspension and sat on gorgeous Remitech wheels. After inhaling an oversized plate of exquisitely fried bacon, sausages, eggs, hash browns, et al we hastily departed in the 7 and made fast progress to Retro Rides.

A classic car always guarantees to make your day more interesting and today the old 7-Series would be no exception to this. As soon as we arrived into the scenic grounds of the Shelsley Walsh estate it was great to see photos being taken, thumbs up and the car enthusiast nod and smile of appreciation for the stately-sized BMW.

It soon became apparent that the pre-98 classic car parking was going to be the best part of the event.

My eyes immediately began scanning the car park, I was mesmerised by the eclectic machinery on display. From our short journey through the field, I counted six Vauxhall Novas! Six! A Merit, three SR’s, a GTE and a GSI! A closer inspection revealed almost all had steering locks on. Probably a wise move. In 2005 the Home Office conducted a survey to find out the most stolen cars registered in the UK and the humble Vauxhall Nova came 5th! Saying that, this is no surprise. Jeremy Clarkson demonstrated on an old episode of Top Gear, all it took to steal a Vauxhall Nova was to take the hazard warning light button out, reconnect it at 180 degrees (upside down) and the ignition comes on. Then all you have to do is push start the car!

After finding a parking space behind a C-plate Mini Mayfair the indulgence began. My eyes were immediately drawn to a rather rusty Austin Maestro van. I’ve always had a penchant for British Leyland tatt. Once the backbone of British Gas, BT and Royal Mail, the Maestro van is now rarer than rocking horse excrement. And it was clear this Maestro was far from standard. A big turbo lump sat in its engine bay and humongous exhaust hanging out the rear.

A Fiat Panda 4×4 drove through the field with a Sinclair C5 perched on the top, with an inflatable dinosaur riding up front. Now if that doesn’t put a smile on your face I don’t know what will.

An H-reg Ford Transit sat gleaming in the August sun, looking factory fresh with its side sliding and rear doors open, revealing a children’s car play mat. From Britain’s best selling van to one that proclaimed in its windscreen literature to be the only one remaining in the UK – a rather unusual Toyota Deliboy. A 1991 5-speed manual Toyota van with Japanese ‘Rikaa Shoppu Ogawa’ signage down the side. I’ve always had a massive soft spot for vans, and for me this Deliboy is simply a joyous machine – the perfect mobile marketing solution for a great range of businesses. It would work exceptionally well as an Ice Cream van in London. Eye-catching, charming and unusual – the tourists would flock to it!

As my journey throughout the event car park continued I met a chap who had flown out to Japan with his son to ‘do the deal’ on a Honda City Turbo 2. The City Turbo, a 80s hot hatchback with boot space tailored for a motorbike was the ultimate urban mobility solution. The Turbo 2 was Honda’s pumped up version of its mass-market City car that was given more oomph thanks to a 110bhp turbocharged engine, which propelled the lithe 735kg Honda to 60mph in 8.4 seconds. A seriously quick hot hatchback in the 1980s. Much want.

Other vehicles of note in the carpark included a deep purple Vauxhall Cavalier Turbo 4X4. A rare completely standard Fiat Uno Turbo was generating quite a bit of attention, however much to Steve’s disappointment it was a non ‘digi dash’ model. A very clean 3-door Ford Sierra, interestingly in left-hand drive, looked the part on its white colour matching wheels.

The event hosted a Best in Show awards that saw a banana yellow B3 Passat, 1983 Renault 5 GT Turbo with matching 80s mobile phone, a hot rod Beetle, Nissan Celric and a Renault Dauphine win best in their respective classes. For me the Renault 5 GT Turbo was the clear winner it looked out the box fresh and besides being slightly lowered it was almost totally original. A seriously valuable vehicle in today’s market.

The hill climb event itself saw all sorts of weird and wonderful machines storm up the 910 metre steeped track. From an old Renault Express panel van running anti-lag to a 1960s Commer van powered by a Saab Turbo engine that outperformed most hot hatches on the day.

The Retro Rides hill climb truly captures the spirit of racing. It encourages inclusivity and welcomes people with all passions and budgets to have fun, regardless of their vehicle’s age, size, value or power. This is what modern motoring events should be all about; drivers not taking themselves too seriously, no regard for times, just a focus on having fun and creating memories with close ones.

Only at Retro Rides would you see a Metro 6R4 fly up the hill, closely trailed by a Nissan Silvia completely sideways the whole track, being chased by a roof chopped MG B Roadster spitting massive flames out of a bonnet exit exhaust!

A smattering of American vehicles also took to the track on the Sunday, from old Dodge vans to Lincoln town cars. The Hilman Imps were out in force. Various Metros made it up the hill. A seriously rapid Astra GTE in 80s touring car livery proved entertaining to watch, popping and banging whilst sliding from side-to-side up the hill.

After a long day admiring the various wheels in attendance, it was time to leave. I was fortunate to drive the sharknose BMW home we arrived in, a first generation BMW 7 Series (E23 732i for all you BMW geeks).

The drive back to the Cotswolds was largely uneventful, a few beeping horns of appreciation, a short stop to film some video content for social media, and then a few miles outside of Cirencester a loud bang! Suspension coil snapped. The unfortunate realities of daily driving a 37-year old car. However, a minor setback for all the joy the 7 had brought us during the day.

I highly recommend Retro Rides to anyone who appreciates classic cars. It’s a very well organised event that has something for everyone. It doesn’t matter if you arrive in a £500 MK2 Ford Fiesta or a £100,000 R34 Nissan Skyline GTR V-Spec, you will be welcomed with open arms. You’ll discover uncovered hidden gems you didn’t know existed before and can guarantee you’ll see many vehicles you haven’t seen on the road for years. After the last 18-months, it’s a thoroughly appreciated opportunity to get out and speak with like-minded people, make new memories and get nostalgic about the love of four wheels.

An afternoon at Retro Rides makes me feel this modern car culture of so many people chasing the ‘latest and greatest’ from manufacturers surely cannot be the most satisfying or smart approach to car ownership. Why more people don’t explore the prospect of classic vehicle ownership before shackling themselves into long and expensive car finances agreements is beyond me. There are so many incredible older vehicles out there for often no money at all that have incredible stories to tell and so much to offer. 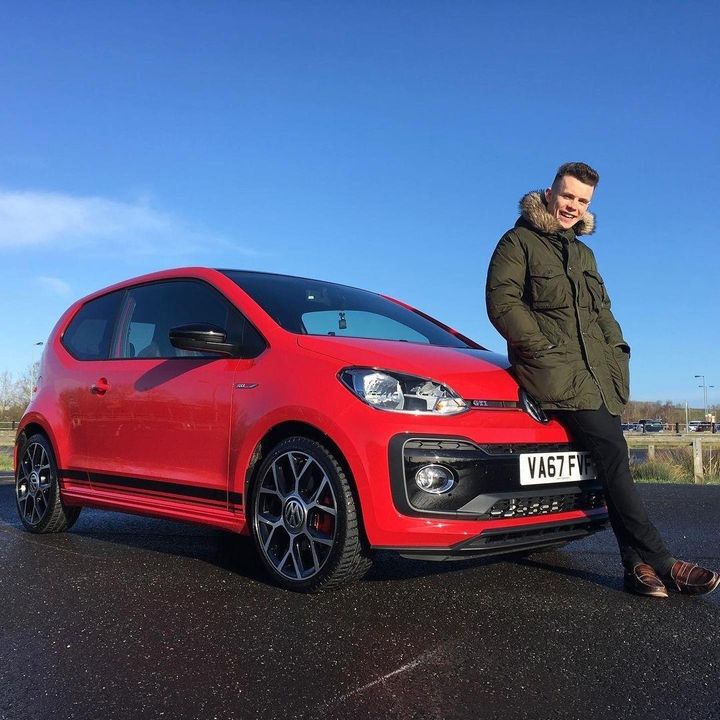